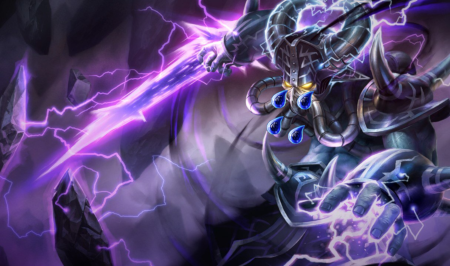 Friends, while tanks and assassins made out like bandits in Patch 10.23 and became overpowered behemoths of mass destruction, let’s take this time to remember some of our fallen comrades. Patch 10.23 was not so kind to them, and despite attempts otherwise, some champions are completely..rekt. Press F to pay respects to our forgotten champions.

Not Everyone Made It Out Alive…

Friends, while tanks and assassins made out like bandits in Patch 10.23 and became overpowered behemoths of mass destruction, let’s take this time to remember some of our fallen comrades. Patch 10.23 was not so kind to them, and despite attempts otherwise, some champions are completely..rekt.
Press F to pay respects to our forgotten champions.

After removal of Rod of Ages from the game, Kassadin’s new options simply don’t synergize well with his kit. The two main AP assassin items, Hextech Rocketbelt and Night Harvester are balanced around providing a movespeed boost, something completely worthless to Kassadin.
Meanwhile, the ranged items Riftmaker and Liandry’s Anguish both rely on staying in combat for long durations, something completely against Kassadin’s playstyle.
So far, the only item that seems to be working for him is Luden’s Tempest – details below.

UNIQUE – ECHO: Damaging an enemy with an ability deals 100 (+ 15% AP) bonus magic damage to your target and 3 nearby enemies and grants you 30% bonus movement speed for 2 seconds (10 second cooldown).

MYTHIC PASSIVE: Empowers your other Legendary items with 5 magic penetration.

Tryndamere falls in with the melee bruisers who aren’t necessarily bad but simply aren’t able to compete with the absurdity of the tank items available. On the other hand, keep a close eye on Galeforce, which is currently performing quite well. Again, I don’t think the melee bruisers are necessarily weak, but they just can’t keep up with the tanks.

+55 attack damage
+20% attack speed
+20% critical strike chance
Passive
MYTHIC PASSIVE: Empowers your other Legendary items with 3% bonus movement speed.
Active
UNIQUE – CLOUDBURST: Dash to the target location (450 range, 200 minimum), though not through terrain, and fire three homing missiles at the enemy with the most missing health within ~750 radius of you at the end of the dash, prioritizing enemy champions. Each missile deals 60 − 105 (based on level) (+ 15% bonus AD) magic damage, for a total of 180 − 315 (based on level) (+ 45% bonus AD), increased by 0% − 50% (based on enemy’s missing health) (90 second cooldown). 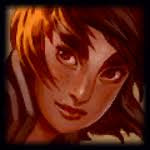 Patch 10.23 includes an increase to armor, magic resist, health of all jungle camps and also takes away Scuttle Crab’s heal. Compounded together, this makes Taliyah unplayable in jungle. 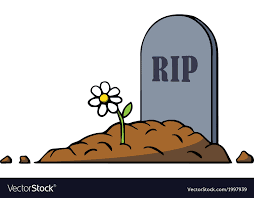 If you want to have any chance at playing her, try taking her mid lane with Luden’s Tempest instead!

A champion that always seems to struggle in solo queue, Ryze in Patch 10.23 continues to struggle finding an identity. The removal of Rod of Ages hurt, but he did get a new item that works quite well…Riftmaker! This item works quite well with his tanky demeanor and allows him to do true damage as the fight drags on.

Passive
UNIQUE – VOID CORRUPTION: For each second in combat with champions, deal 3% increased damage, stacking up to 5 times for a maximum of 15%. While this effect is fully stacked, convert 100% of the bonus damage into true damage.

MYTHIC PASSIVE: Empowers your other Legendary items with 5% magic penetration.

This one’s a bit of a surprise considering other heal supports like Yuumi and Soraka are 2 to 3 percentage points higher. Overall, it looks like  Moonstone Renewer is balanced around its new effect, which is to spend time in combat. As a kiting/enchanting champion, she remains very squishy and tends to either drop “combat” or put herself into more danger than necessary to retain her stacks.
It’s still early in the patch though, so this might also be an issue with tanks and assassins just being far too good at killing her.

Got more champions you think were gutted in Patch 10.23 or found a sick build that helps these poor ducks above? Comment below!