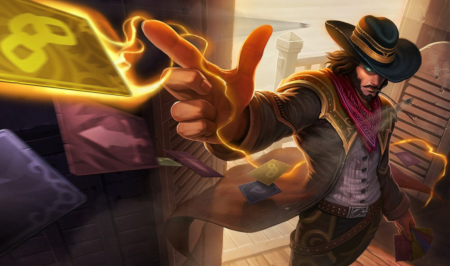 As the rule goes, if a weird build does well it must be showcased and today we have NA Summoner apdooooo doing his hero proud with a new and improved version of on-hit Twisted Fate for Patch 10.23, taking advantage of all the fun preseason changes. Check out this gnarly pentakill!

As the rule goes, if a weird build does well it must be showcased and today we have NA Summoner apdooooo doing his hero proud with a new and improved version of on-hit Twisted Fate for Patch 10.23, taking advantage of all the fun preseason changes. Check out this gnarly pentakill!

Wanna get a Pentakill too? Check out the details on runes and builds below!

How to Play On-Hit Twisted Fate

Strategy: Auto-attack [a lot], don’t worry too much about orb walking, at max items it’s better to just stand still and focus on picking the right cards. Avoid using your [Q] as it’s generally a DPS loss. 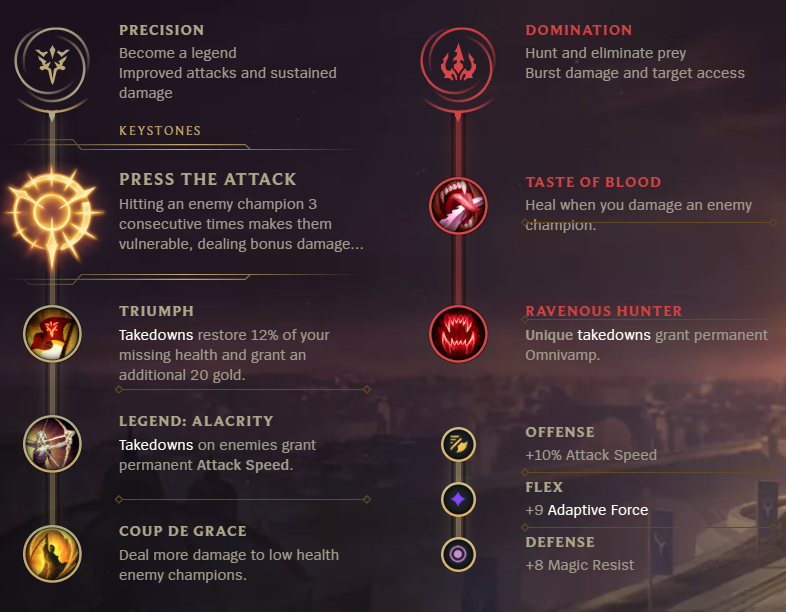 UNIQUE – SIPHON: Basic attacks on-hit apply a stack to enemy champions for 6 seconds, up to 2 stacks. Attacking a champion with 2 stacks consumes them to deal 40 − 120 (based on level) bonus magic damage on-hit and steal 25% of their movement speed for 2 seconds (20 second cooldown).

Changes to this item grant TF a passive movespeed Siphon. While this by itself isn’t particuarly useful to TF, it does allow him to focus on using pick-a-card rather than trying to get in range to slow the enemy champion with the old active.

Although it looks like he always builds it 5th, this item does provide a huge power spike even after the first three. After grabbing this item is probably where moving between attacks ends up a DPS loss unless you’re insanely good at clicking. The good news is you’ve now become a fountain of death.

Combined with Ravenous Hunter killing you at this point with crowd-control is nearly impossible and you can have 3 or 4 attacks in the air at the same time.

Lower Range
This version of Twisted Fate needs to be in auto-attack range without Rapidfire Cannon, which reduces his utility compared to standard AP Twisted Fate. Wild Cards is also a very long range spell and giving this up does reduce his effective distance by a great deal.
Difficult to Use Optimally
The high attack speed that TF gets in the build means you’ll often have to choose between suboptimal damage and dodging spells. However, the sustained damage that he puts out is absolutely insane.

Hard CC and attack speed reduction items will do well against Twisted Fate.

On-Hit Twisted Fate is incredibly fun if you get enough items to get him started. Overall I do think that the standard AP Twisted Fate is better but late game with full items this build is bonkers.
Suggested Tier: Tier 2

What do you think about this pick? Fancy trying it out? Comment below!