Pokemon Sword and Shield introduce a few exciting new features to the series, such as Max Raid battles. At certain dens dotting the Wild Area, you can team up with three other trainers–either locally or online–and take on supersized Dynamax Pokemon together.

Pokemon you encounter in these Max Raids are special in a few different ways. First, there’s a chance the monster will have its Hidden Ability. Regular wild Pokemon you come across in Sword and Shield will never have their Hidden Ability, making this the only way to obtain it in the games (outside of breeding, and in that case one of the parents would need to have the Hidden Ability in order to pass it down).

Depending on the level of the Raid, the Pokemon will have a couple of perfect IVs (base stats) as well, making them useful for breeding if you’re trying to put together a competitive team. You’ll also receive an assortment of rewards for clearing Max Raids, including Exp. Candy and TRs, which can otherwise only be purchased with Watts (and are quite costly). Finally, Max Raids are the only way to encounter Gigantamax Pokemon; unlike standard monsters, these Pokemon take on a different appearance when they Dynamax.

Which Pokemon you encounter in Max Raids is typically up to chance, but Game Freak periodically hosts Max Raid events that bring out certain monsters for a limited time, such as Shiny Magikarp and Gigantamax Snorlax. You can see the full list of Max Raid events happening right now in Pokemon Sword and Shield below. Be sure to also check out our Max Raid guide for tips to help you defeat these Dynamax monsters.

With Half-Life: Alyx officially made public, Valve seems to be getting more comfortable with reveals. The company has given permission to an indie studio to show a behind-the-scenes look at F-Stop, the Portal prequel that never saw the light of day.

F-Stop was a nonviolent puzzle game with DNA similar to Portal. The entire game–led by a Valve producer named Joshua Weier who worked on Portal and Portal 2–was centered around the “Aperture Camera,” an item that could copy, paste, and rescale items in the game’s world. Unfortunately, as revealed in a 2011 interactive book titled The Final Hours of Portal 2, Valve put an indefinite hold on the project after workshopping it for a while.

LunchHouse Software, an indie studio currently working on its own physics-based puzzler titled Punt, is only now, almost a decade later, giving us a look inside what Valve had been planning. With Valve’s permission and access to the F-Stop’s official source code, Lunch House has peeled back F-Stop’s curtain through a brand-new docuseries called Exposure. The first episode, while short, can be seen below. LunchHouse said more episodes are to come.

The studio said Exposure, which will document F-Stop’s various mechanics as Valve developed via the original source code, is “not based on speculation or hearsay.” The first episode only shows the “base mechanics” of F-Stop, but the team at LunchHouse is excited to “[share] more with you all in the near future.”

If you own a PS4, PlayStation Plus is virtually a must. Sony’s subscription service grants PS4 owners access to online multiplayer and enables cloud saves. PS Plus members also get exclusive discounts and two free PS4 games each month. Normally $60, Amazon has 12-month PS Plus subscriptions discounted to $45 right now.

We saw similar prices throughout the holidays. Occasionally PS Plus dips to $40 (or even a tad below), but it’s pretty rare. If you purchase a 12-month subscription through Amazon, your code will appear in your digital locker within minutes.

Sony recently announced January’s free games for PS Plus subscribers: Uncharted: The Nathan Drake Collection and Goat Simulator. The Nathan Drake Collection contains remastered versions of the first three Uncharted games, which originally released on PS3. Goat Simulator, on the other hand, is a zany sandbox game that lets you wreak havoc as a goat. Both games will be available starting January 6. Until then, PS Plus subscribers can grab December’s free games: Titanfall 2 and Monster Energy Supercross. 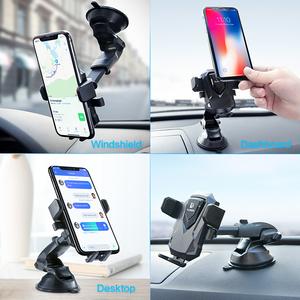